The long-awaited report on the MMIWG was released on June 3, 2019 by an appointed National Commission. The three year inquiry unearths and highlights the truth about the violence and genocide that targets women, girls and 2SLGBTQQIA Indigenous People. As a nursing organization NNPBC acknowledges we have a responsibility in response to this report. NNPBC is committed to continuing to advocate for access, equity and equality for all within healthcare and for continuing to advance the nursing profession through knowledge and understanding of necessary cultural safety when delivering health care to the Indigenous peoples of British Columbia. 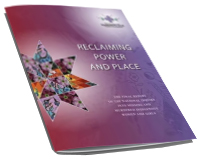 Reclaiming Power and Place. The National Inquiry's Final Report reveals that persistent and deliberate human and Indigenous rights violations and abuses are the root cause behind Canada’s staggering rates of violence against Indigenous women, girls and 2SLGBTQQIA people.